Top Posters In This Topic 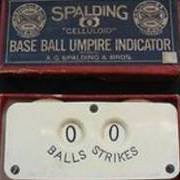 The Man in Blue

While not illegal, this is the stupid crap that makes a grumpy old traditionalist like me hate the game.  It is gamesmanship, not sportsmanship. Get off my lawn and resume your conversation ... 😉

Where I am...LL and travel baseball run concurrently! This creates real schedule drama for those families. LL is 2 games and 2 practices per week. Travel can be 4 practices and 3+ games per week. Thes